skip to main | skip to sidebar

After a short tour through Mondoweiss, it has come apparent to me that anti-Zionists in the West are very persistent in their arguments about the illegitimacy of the national cause of the Jewish people (i.e. Zionism) as compared to the national cause of the Palestinian Arabs. In an attempt to counter their arguments, I will present to you a short overview of the institutions and symbols of the these two national movements.

But first, I want to say the following:

While I view the Palestinian people as a real people with a common heritage and history deserving of at least some part of the historic British Mandate of Palestine, their national consciousness has come after the modern Zionist movement. But this is common to all national movements. The main aim of this post isn't to show that the Palestinian national cause isn't as real as other national movements. My aim is to show that Jewish nationalism isn't anymore artificial than the Palestinian one by virtue of its followers realizing it, building it, and expressing it sooner than the latter. I'm hoping to show anti-Zionists why the creation of the State of Israel was natural result of a real people expressing themselves and fighting towards self-determination.

And now for the overview:

Political and Infrastructure - I'm admitting ahead of time that my selection of organizations/institutions is debatable (some more than others). My criteria is that the organizations were significant vehicles or advocates within their movements.

Education - I picked the top three based on size, prestige, and date of establishment. Not scientific.

*1953 is when the institution began offering first-year university level courses.

If I missed any important institutions, symbols, or documents, please write below in the comment section.

Peres lets the cat out of the bag

Since Peres has already revealed the secret,

I might as well talk about it. We, the Jewish people, under the leadership of the Elders of Zion, are behind the recent uprisings in the Arab world. That's right, I said it. We did it!
You must be thinking, "who the hell is this schmuck, and what is he smoking?"
Don't worry, this is a drug-free blog, and there is no need to use pejoratives, so let me explain.
Yesterday, President Shimon Peres said that the West should push Google and Facebook in the Arab to help Middle Easter countries reform. It is undoubted that Google and Facebook helped flame the heated protests in the Middle East.
But so what, what does Google and Facebook have to do with Jews? Well who founded Google and Facebook? Instead of waiting for you to check Wikipedia, I'll just tell you. Behind Google, are Sergey Brin and Larry Page; behind Facebook are Mark Zuckerberg and Eduardo Saverin. What do all four of these accomplished men have in common? They are all Jewish! 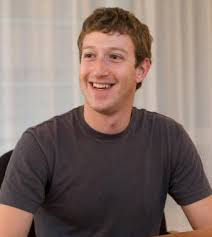 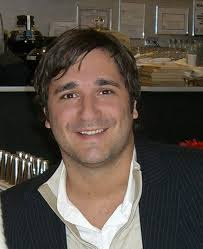 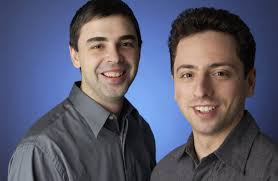 Awakened from my slumber

If any of you are wondering, I'm trying to revive my blogging at iKibbitz.com
Posted by Michael W. at 1:44 AM 1 comment:

Will Norman Finkelstein break the seige?

A week ago, I read on Mideast Youth that Norman Finkelstein is organizing a coalition to break the siege of Gaza through a mass demonstration on the 1st of January of next year hoping that it will attract significant world media attention. Finkelstein has always intrigued me because of his clash with establishment academia. He's definitely radical which highly contrasts with my shifting view towards the center.

I believe he's mostly known to Arab activists in North America and Europe but not a frequent speaker in the Middle East. Ali Dahmash of Mideast Youth writes:

It is disappointing that he doesn’t get any attention from Arab media or officials. I would love to see him touring our Universities and addressing our youth but I won’t be surprised if he was harassed by Arab governments as well. Let’s wait for January 1st and see what Mubarak will do?

I would have thought that he'll more likely get in trouble with Hamas in Gaza and not with Mubarak because one of the first details one learns about him is that he's the son of Holocaust survivors, and the Holocaust is one thing Hamas believes to be a "Zionist lie".

Unfortunately for Finkelstein, from the statement he recently posted on his website, it seems that the coalition and organization of the march has been hijacked. The statement isn't long so I think it is worth for me to reprint it in its entirety:

Why I resigned from the Gaza Freedom March coalition:

The original consensus of the International Coalition to End the Illegal Siege of Gaza was that we would limit our statement to a pair of uncontroversial, basic and complementary principles that would have the broadest possible appeal: the march to break the siege would be nonviolent and anchored in international law. I agreed with this approach and consequent statement and decided to remove myself from the steering committee in order to invest my full energies in mobilizing for the march. During the week beginning August 30, 2009 and in a matter of days an entirely new sectarian agenda dubbed "the political context" was foisted on those who originally signed on and worked tirelessly for three months. Because it drags in contentious issues that--however precious to different constituencies--are wholly extraneous to the narrow but critical goal of breaking the siege this new agenda is gratuitously divisive and it is almost certain that it will drastically reduce the potential reach of our original appeal. It should perhaps be stressed that the point of dispute was not whether one personally supported a particular Palestinian right or strategy to end the occupation. It was whether inclusion in the coalition's statement of a particular right or strategy was necessary if it was both unrelated to the immediate objective of breaking the siege and dimmed the prospect of a truly mass demonstration. In addition the tactics by which this new agenda was imposed do not bode well for the future of the coalition's work and will likely move the coalition in an increasingly sectarian direction. I joined the coalition because I believed that an unprecedented opportunity now exists to mobilize a broad public whereby we could make a substantive and not just symbolic contribution towards breaking the illegal and immoral siege of Gaza and, accordingly, realize a genuine and not just token gesture of solidarity with the people of Gaza. In its present political configuration I no longer believe the coalition can achieve such a goal. Because I would loathe getting bogged down in a petty and squalid public brawl I will not comment further on this matter unless the sequence of events climaxing in my decision to resign are misrepresented by interested parties. However I would be remiss in my moral obligations were I not humbly to apologize to those who, either coaxed by me or encouraged by my participation, gave selflessly of themselves to make the march a historic event and now feel aggrieved at the abrupt turn of events. It can only be said in extenuation that I along with many others desperately fought to preserve the ecumenical vision that originally inspired the march but the obstacles thrown in our path ultimately proved insurmountable.

I highlighted the important phrases above.
Posted by Michael W. at 6:06 PM 6 comments:

Some sanity from Avigdor Lieberman?

"As far as I am concerned, there is a conflict of interest when someone who lives in a settlement, in an isolate town that is not even counted among the settlements, takes part in the issue," he said.

At least he's not as stupid as the Shas MK heading the Housing Ministry.

Yaacov Lozowick linked on his blog to a very lengthy and detailed analysis of the folks of Mondoweiss (Philip Weiss and Adam Horowitz) and Max Blumenthal by Jay Adler. Adler clearly shows what their cause really is. I easily discovered their intentions just by reading the comments below Mondoweiss blog posts. I left a comment on Adler's post asking him to write an analysis of Richard Silverstein because Silverstein was once said that he doesn't see any antisemitism in the comments on Mondoweiss.
Posted by Michael W. at 9:29 AM 4 comments:

I started a new blog recently. It's called iKibbitz. It's going to be a Jewish collective blogging experience. It's still in the development phase, but I already started writing there. I'll try to have my posts published in both sites, but please check there first. I have a longer description on the website in a post title "Welcome to iKibbitz".

If you are a blogger who would like to join, please contact me at mweis89 [at] gmail [dot] com. It's going to start Jewish but we are going to add none-Jewish bloggers sooner or later. If anyone is willing to offer help to create a WordPress theme for free, also contact me.

I decided to start this blog because I was not satisfied with the discourse I was having on the Israeli-Arab issue on other blogs such as PhlipWeiss, RichardSilverstein, LGF, JIDF, and others. Peace and Human Rights are among my concerns. To a large extent, it seems that other blogs demonize the other "side" (Israeli or Arab) rather than discussing ways to solve the issue or the positive side to the Middle East. I plan to comment on some stories regarding that area. There is a lot of change happening over there , for better or worse, starting with Israel and spreading across the Middle East. I will cover the stories that I think are important to paint an honest picture of the Middle East (Old World) and show progress (New Ideas) towards peace, freedom, and equality. I was born in Israel on a secular kibbutz. My mother was born in Tunisia, but grew up in France. My father was born the US. In total, I have roots in Spain, Italy, Hungary, Germany, Russia, Tunisia, France, Israel, and the US.